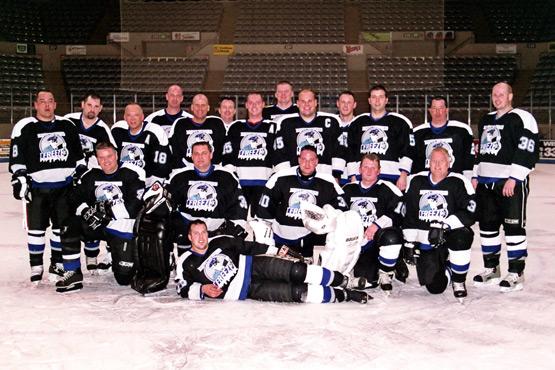 It is the goal of the FWPD Freeze to represent the Fort Wayne Police Department in a positive way and to help assure that high caliber of professionalism. At the same time, this opportunity allows all of us to promote esprit de corps, stronger bonds with fellow officers and networking with our brothers and sisters of other police and public safety agencies.

During the FWPD Freeze Hockey Club's inaugural season, the Freeze was a member of USA Hockey and the United States Public Safety Hockey League (USPSHL). The USPSHL folded at the end of the 2004-2005 season. The FWPD Freeze participated in the Central Public Safety Hockey league (CPSHL) during the CPSHL's inaugural 2005-2006 season. The Freeze continues to play competitive hockey, while encouraging camaraderie amongst fellow police officers, firefighters and various public safety agencies. The Freeze works with different charitable organizations in the community raising money for worthy causes.

The Freeze practices year round and competes in several tournaments throughout the year. If you are interested in playing games with the Freeze for charity, contact us . We will travel to locations in and around the Midwest and other locations if it is possible. Want to come to Fort Wayne? Let us know and we will schedule a game(s), to raise money for a charity of our choice.

Please enjoy our site and feel free to contact us should you have any questions, comments, or if your organization would like to be a sponsor of the Fort Wayne Police Freeze Hockey Club. We also hope you will support us by purchasing official team merchandise.